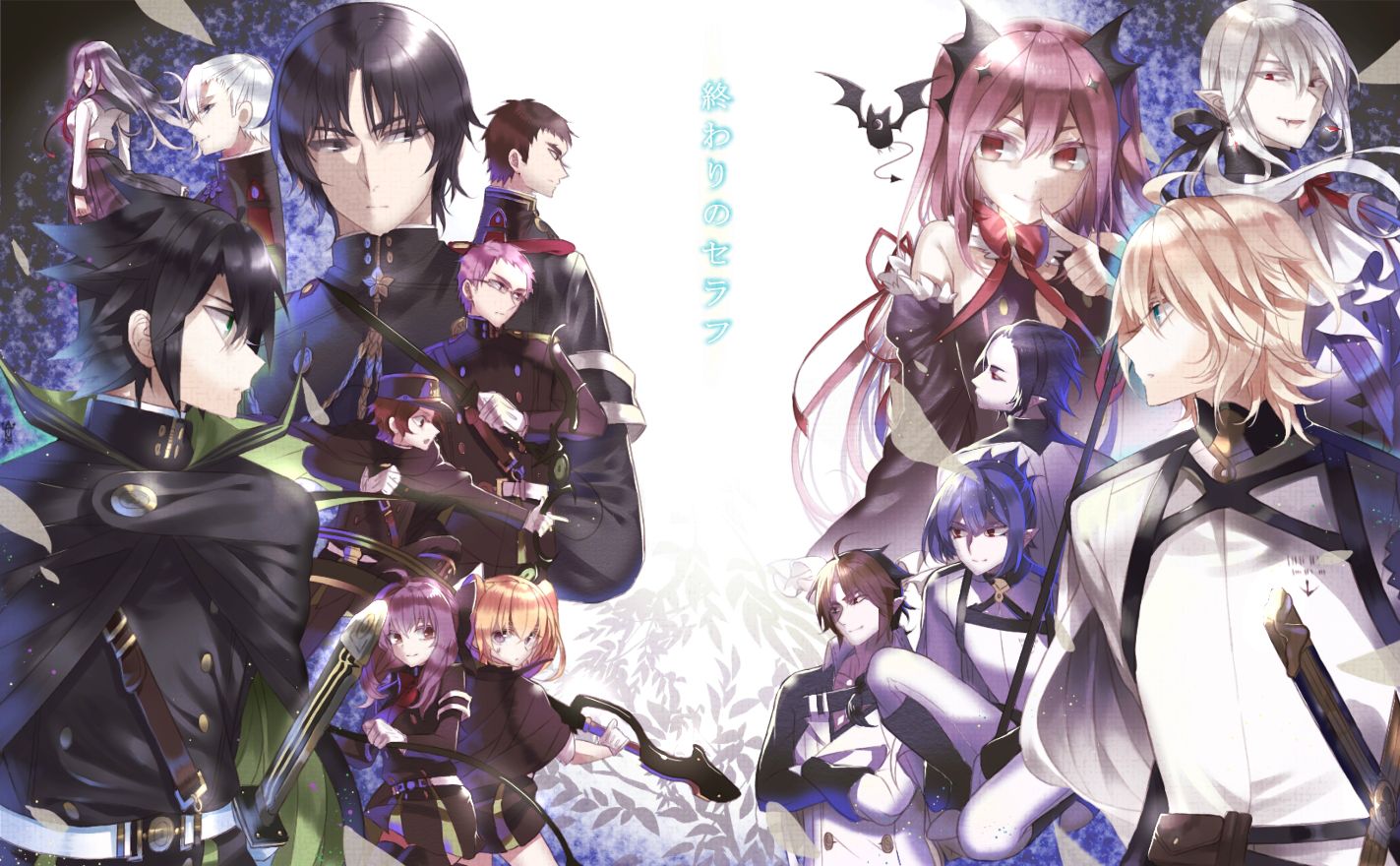 Both a lovely image artistically speaking, then apparently a symbol of humans versus vampires, knowing that Yu and Mika were friends on opposing sides, not remotely considering fighting one another.

Then the later reality that being a human or vampire were no grounds for being allied to one another, as characters from both groups joined to plot against or survive against other factions of humans and vampires.

The artists in this fandom are so talented 😄

Agreed, also any artist that remembers to include the glory of Arukanu is A-Okay!