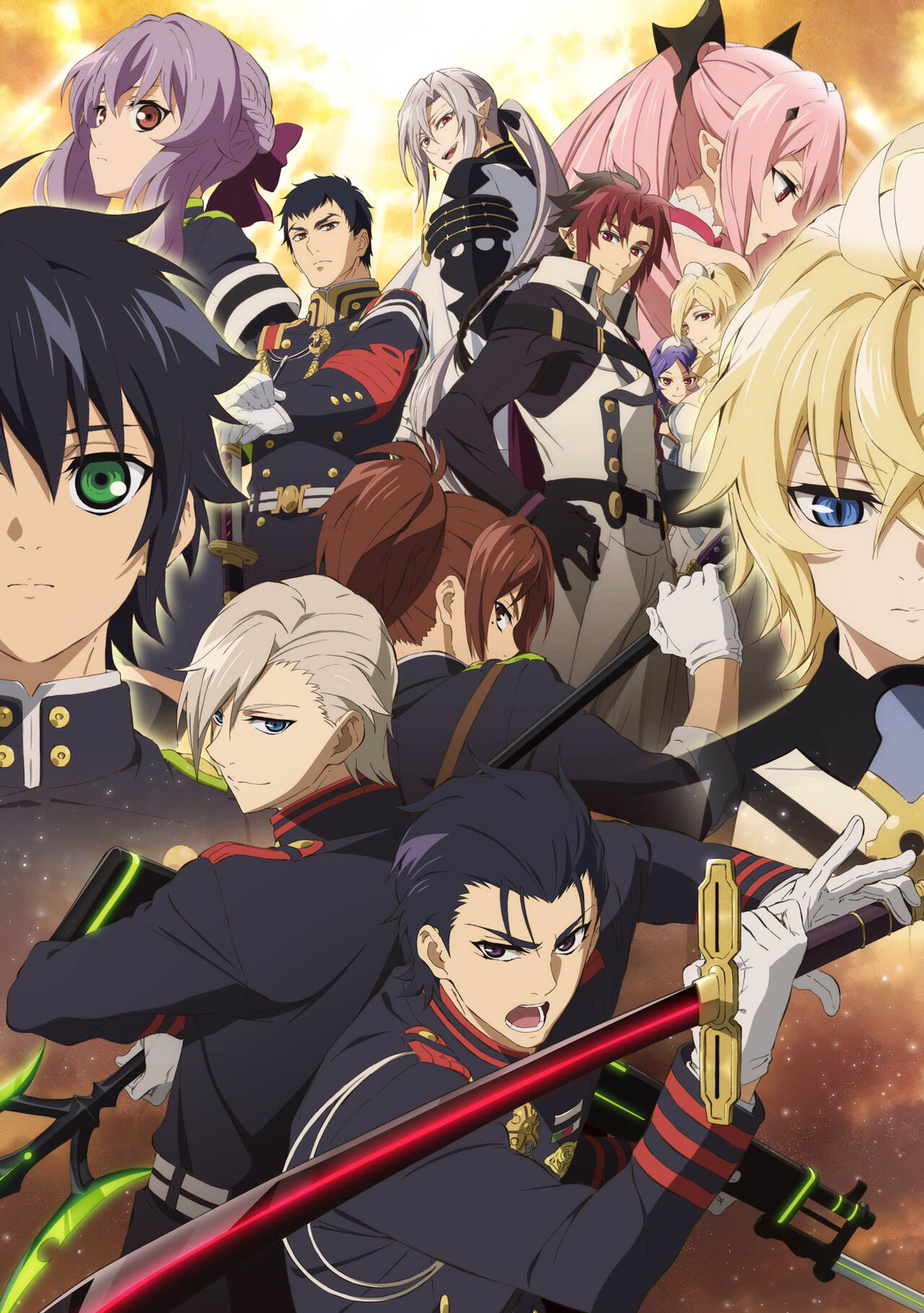 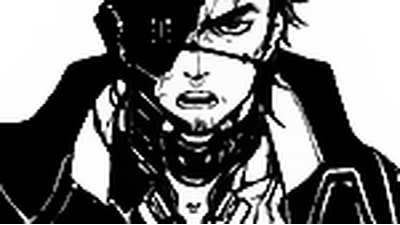 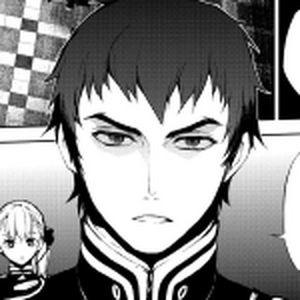 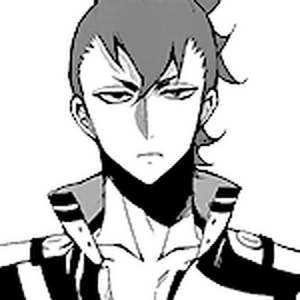 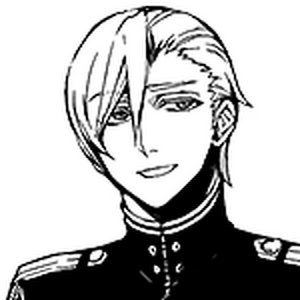 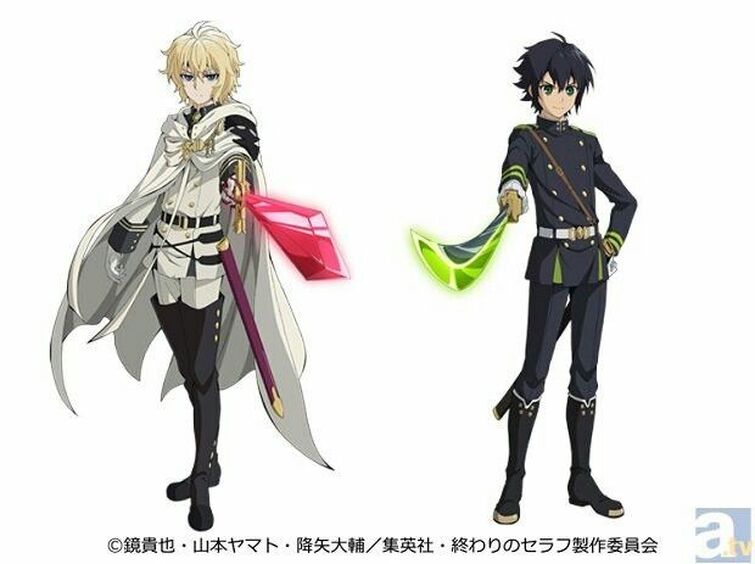 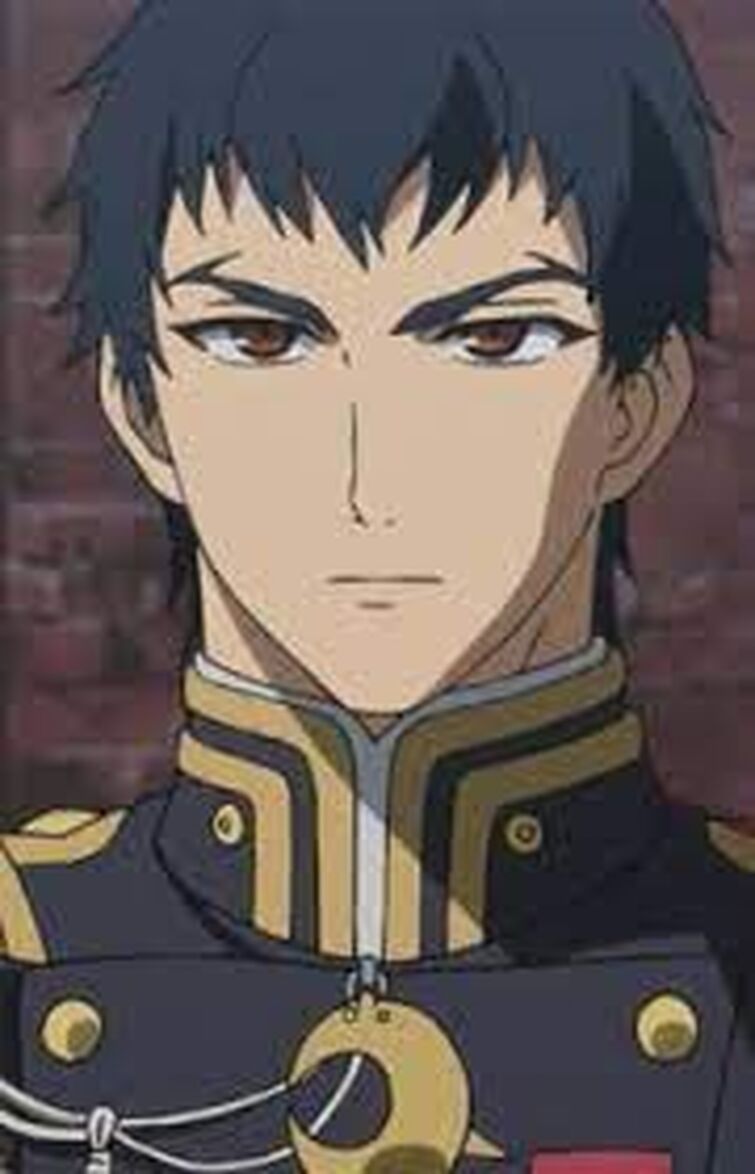 This man could impale you with his eyebrows 👁-👁

During Ancient Greece when his body was shown and Yu called him "a pretty girl", I wondered why nobody corrected him. Even Noya seemed to agree with Yu. However, nobody actually seemed to specify that Mikaela was a boy. Shikama always referred to him as "my child" and the black demons referred to him as "The First's child". Since Japanese pronouns in general tend to be gender neutral, Noya used "koitsu" to refer to Mikaela. (Koitsu is a rude way of saying kono hito which is like him/her)

Maybe this ambiguity is meant to hint at Mikaela's angelic nature. In the Bible, angels are genderless beings who serve God. If Mikaela's an angel that's probably why Yu didn't know Mikaela's gender. 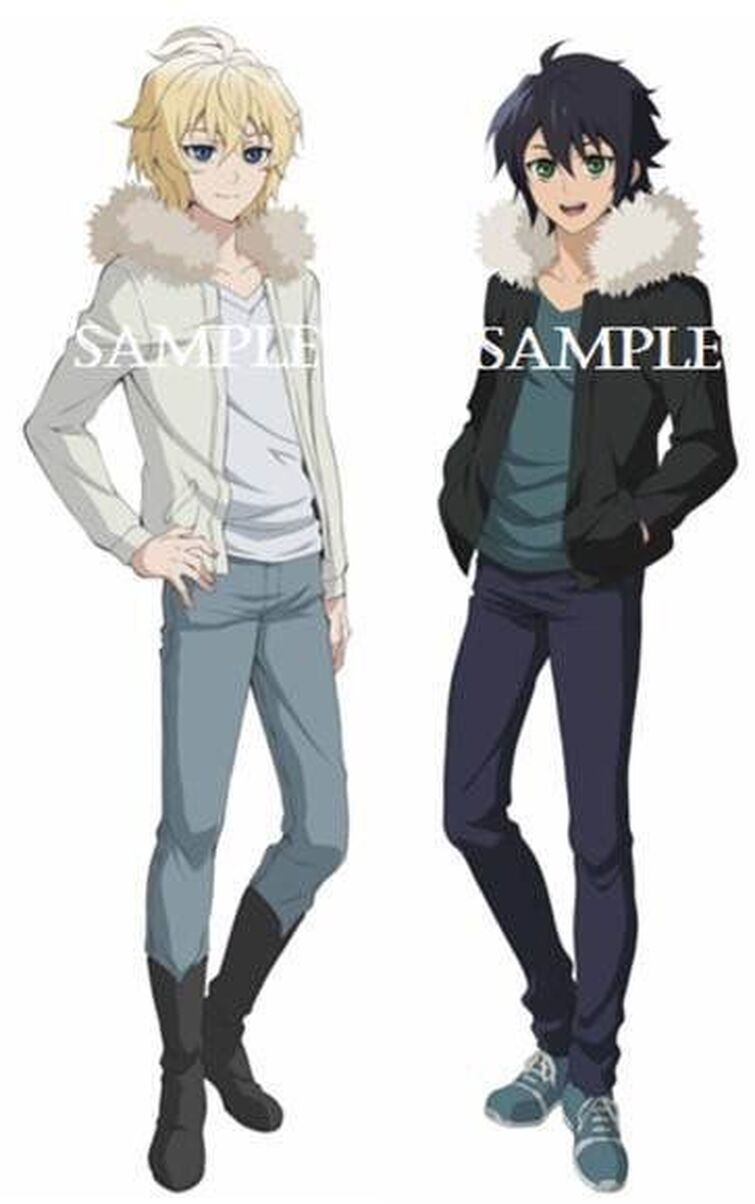 Honestly I've been seeing some users saying vampire mikaela was sooooo selfish, and it really confuses me. Like, the orphans who were killed were mikas family too! But yet he's not rushing into this resurrection plan blindly (like yuu is!), because he knows about what happened last time a catastrophe like that happened. 1/3 of the human population were wiped out!

He's come to peace with the death of the orphans, but in exchange he just puts all of the self hate and blame on himself. The important thing is, he's not willing to sacrifice ANYONE for his desires. He might want his family back just as much as yuu does, but the key difference is that he's doesn't want to risk the lives of others. He's one of the most SELFLESS characters in the story. Whereas with yuu and guren the philosophy is, I don't care about who has to die, as long I get what I want. Which sounds really childish and selfish 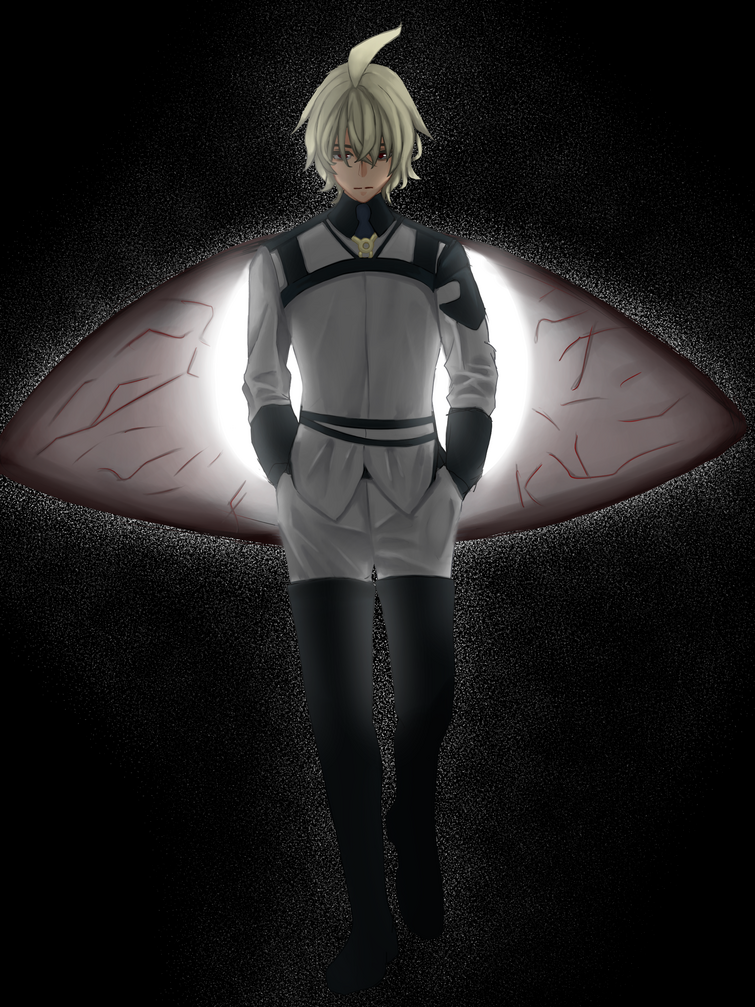 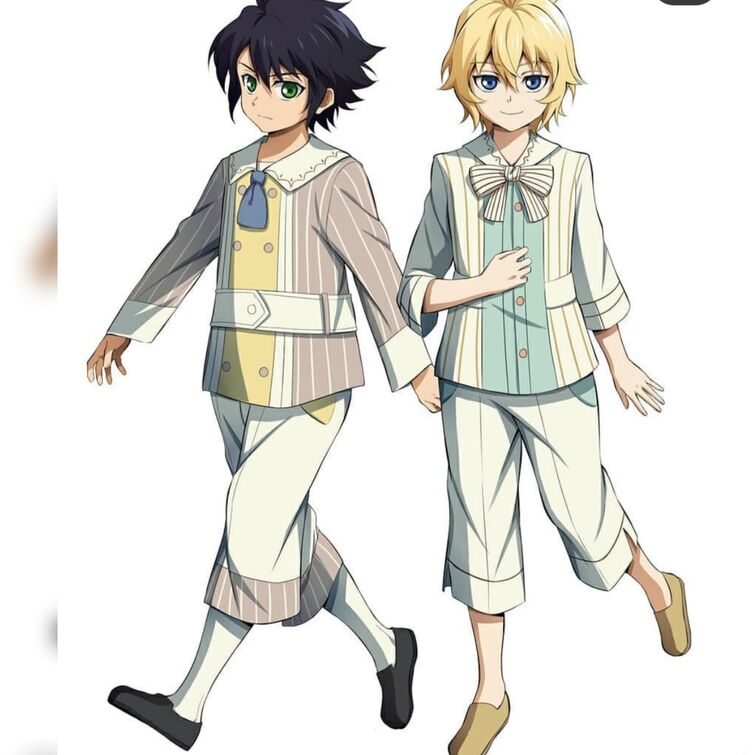 I was joking about Yuu and Mika being the same person in one discussion but is it far from the Truth? 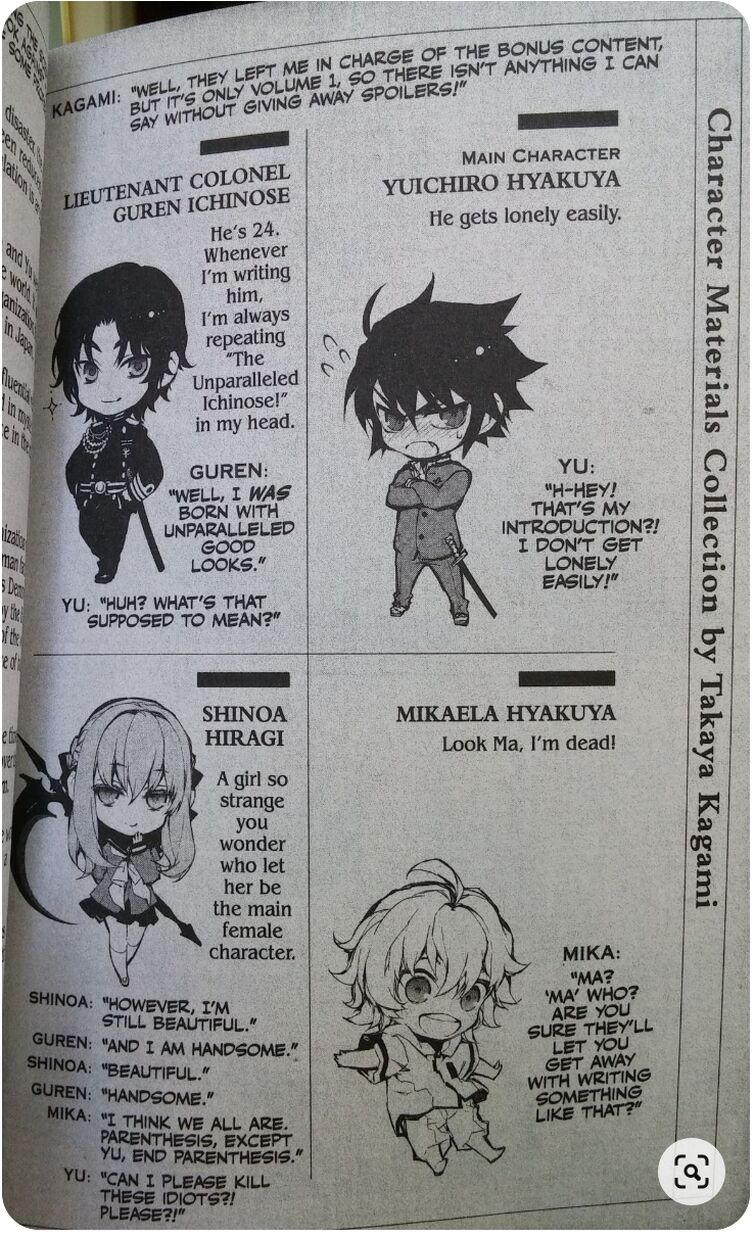 Wild conjecture time, which absolutely should be entertained. Is it feasible that demon Mika shows some familiarity with Yu and their family, and has the same inner fears because he picked up on them since he is a part of Mika in the same way that Shikama Doji can pick up on Shinoa and Mahiru's experiences.

This is continuing the possible route that Mika and Mikaela are separate entities, Mikaela the demon doesn't seem a forgetful 'pure' demon so to speak who's regarding his emotions manifested in the form of Mika (like humans demons would experience memories themselves, rather than from the perspective with themselves as a third party, unless that's something new introduced), he still has the capacity to form his own feelings, and memories are able to be retained. Where the plot of chapter 104 is concerned perhaps it was misleading readers into assuming Mikaela breached Yu's heart and became the teenage human appearing Mika since it was on the next page and part of the story so is the obvious inferance.

Recollection scenes are increasing, maybe there would be one later which shows Shikama Doji finding Mika in the dream world house and that's the Mika who is searching for details on Yu where he finds that large eye, on a particularly large aim in the dark theory/prediction.

So according to guren ( who I wish I could have killed myself to help mika ) yuu chan wasnt supposed to get hit and things would be done if he get hit only once but at the end Mika stabbed yuu chan . I was wondering if it means events aren't going on according to gurens plans anymore or not ? ( I realy hope that's what it means 😬) 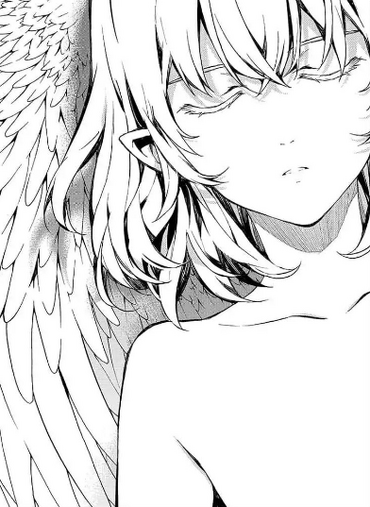 The Mikaela that existed in Ancient Greece 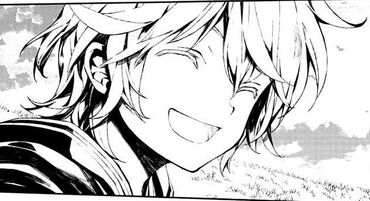 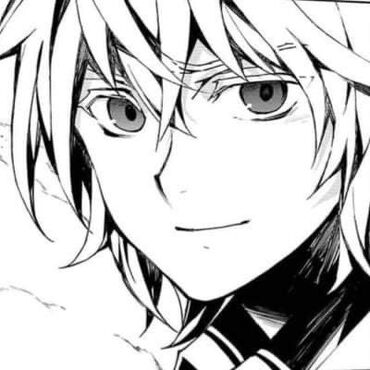 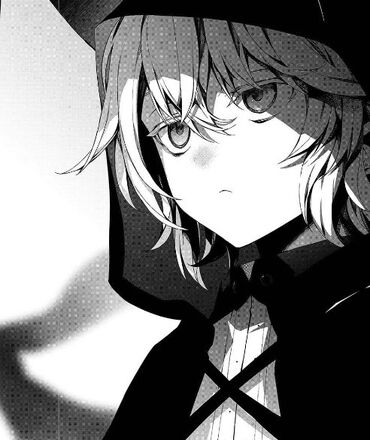 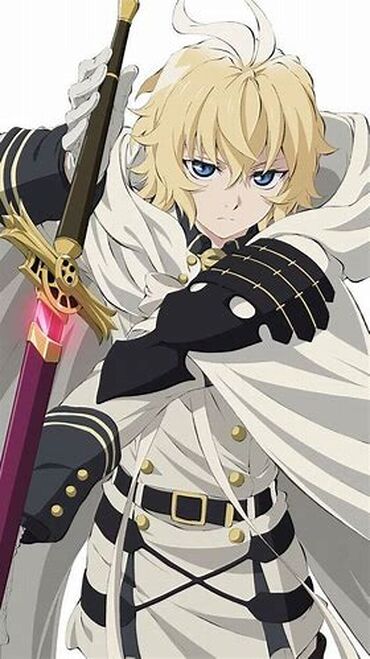 All of the above

From start to his final moments Mikaela never trusted Guren. He also never agreed with Guren wanting to resurrect the dead. He believed that it was taboo and thought it was wrong to sacrifice innocent people. However, he stayed because he wanted to protect Yu.

However, even though he died to protect Yu from Guren and Asuramaru made sure to make that clear to Yu...Yu still betrayed those feelings. He still sided with Guren, thus rendering all of Mika's actions meaningless. It doesn't matter if Guren's actions were warranted or not, Yu didn't even contemplate Mikaela's feelings. He just believes in Guren no matter what.

We know that Shikama Doji has the power to bring back a demon's memory and we also know that demons can look through the memories of humans. Since Shikama Doji will eventually end up in the same place as Yu and Mikaela what if he does restore Mikaela's memories. What if he shows how easily Yu ended up trusting Guren.

Mikaela emotionally isn't a strong person. For so long he managed to survive because he believed in a future where he and Yu would be happy together. Asuramaru crushed Mikaela's spirit pretty easily with the guilt of his family. Imagine how Mikaela will feel knowing that Yu betrayed him. That Krul and the Squad whom he did care about also betrayed him. Would he be able to cope with that kind of despair? Mikaela always believed that he and Yu were family without doubt but is he going to be able to feel that way if the truth comes out?

I really want to see this happen because 1. Mikaela deserves to remember who he was both back in the dark ages of Greece and his past with Yu. 2. Mikaela deserves to know the truth of what the people he cared about did to him. 3. I think this moment of conflict would work well because it'll reveal more about Yu and Mikaela's thoughts about each other.

First of all. Is Chibi Mika that appeared in the manga is the same as Mika we know. I was curious about these for two days. If he’s The first’ son I also wanna know that. Does Mika has something related to The First’s son or he just happened to be one of the experiments 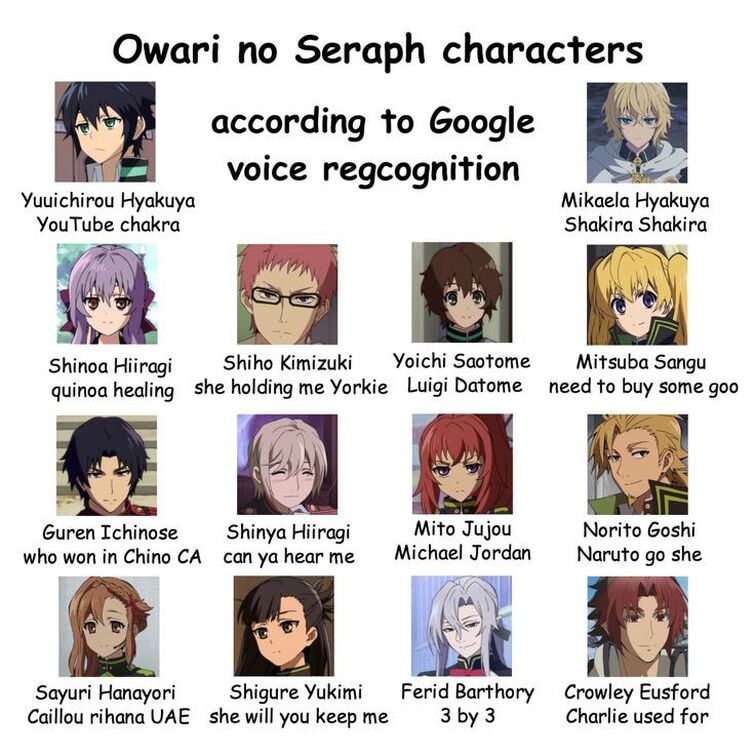