Vampire Weapons (吸血鬼の武器, Kyūketsuki no buki?) are weapons that vampires use to enhance their strength while fighting. Not much is known about the creation of vampire weapons, or how they work. It is known that at least first class weapons have existed prior to the 1300s but second class weapons may have been around much longer.

First-Class Weapons (最初一等の武器, Saisho ittō no buki?) are weapons drink the blood of the vampire that wields it to enhance the strength of both the actual vampire using the weapon, and the weapon itself. Their are two ways in the weapon drinks the blood. The most common way is for spikes to protrude from the handle of the sword when the vampire commands it to drink their blood, which then pierces the knuckle area. The number of the spikes can vary, as Lucal Wesker's sword only has three spikes, but most others have at least one spike per knuckle.

The other way that weapons drink blood is by thorned vines that come out of holes in the weapon and wrapping themselves around the hand of the user. The only time we have seen this method is Mika's sword, but Lacus's halberd also has holes of similar design near the actual axe blade, which may be how the weapon drinks Lacus's blood. Since the vines only appear on weapons used be non-nobles, it is a possibility that nobles' weapons use spikes, and other vampires' first class weapons use vines to drink blood. It is also unique to Mika's (possibly Lacus's) weapon that when he asks his sword to drink more of his blood so that he can become even stronger, the vines make their way up Mika's arm the more they drink.

Vampire weapons respond to the commands of the vampires, such as "drink my blood" or "drink more of my blood" which indicates that vampire weapons are most likely made with magic. Another quality of first class weapons is that when the sword drinks blood, or has recently drunk blood, the blade becomes a solid red.

First class weapons vary greatly, but almost always have purple, gold, and grey as their three main colors. Usually the purple and gold make up the handle, and the blade is silver when it doesn't have any blood.

Second-Class Weapons (二一等の武器, Ni ittō no buki?) are weapons that use by either noble vampires or common vampires. Second class weapons may have been around much longer. 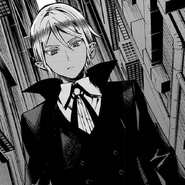 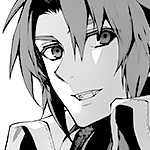 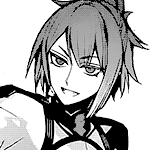 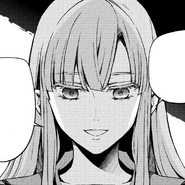 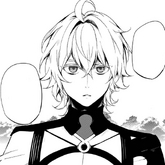 Mikaela Hyakuya
Add a photo to this gallery

Retrieved from "https://owarinoseraph.fandom.com/wiki/Vampire_Weapons?oldid=77252"
Community content is available under CC-BY-SA unless otherwise noted.