Yamato Yamamoto (山本 ヤマト, Yamamoto Yamato?) is a Japanese manga artist who is notable for providing the illustrations to both the light novel and manga series, Kure-nai by Kentarō Katayama. Yamamoto is also the illustrator to the Owari no Seraph manga series. 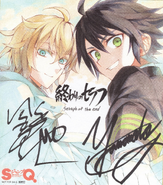 Signed shikishi of Yūichirō and Mikaela for Jump Festa November 2015 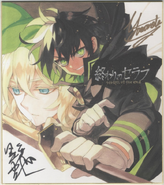 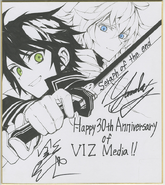 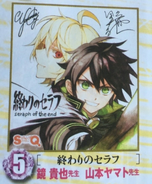 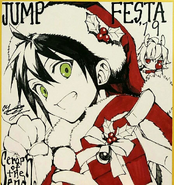 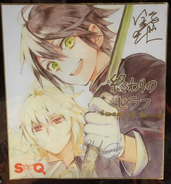 Retrieved from "https://owarinoseraph.fandom.com/wiki/Yamato_Yamamoto?oldid=93352"
Community content is available under CC-BY-SA unless otherwise noted.